How to invest responsibly in bitcoin?

How to invest responsibly in bitcoin?

It’s important to understand what bitcoin is, before you invest into it. We would advise you to do your own research and don’t take someone else’s word for it. A good start is the (free) Massive Online Open Course (MOOC) in Digital Currency at the University of Nicosia. This 12-week lasting MOOC deals with various aspects around bitcoin, such as “What is money?”, “What is the history of bitcoin?” and “How does a blockchain work?”. If you have less time available, another way is to do the 10 Day Email Course: Basics of Bitcoin. And once you would like to dig a bit deeper, you will find a ton of aggregated information on the website of Jameson Lopp, especially in the “Getting Started” section.

Bitcoin is an online cryptocurrency which was started approximately ten years ago by someone using the alias “Satoshi Nakamoto”. Nobody knows who this person (or group) is, but this was exactly the point! The idea of bitcoin is that nobody has authority over the bitcoin network and that includes the founder(s). This ensures that if you are in the possession of 0,5 bitcoin, this will forever remain so for as long as you keep your private keys safe.

As nobody manages the bitcoin network, there is also no bank that issues accounts! You have the ability to create your own wallet on your computer or phone (check out our blogposts for a quick explanation), and you don’t need to ask anyone permission!

Where do new bitcoin come from?

New bitcoin enters the bitcoin system through the process of “bitcoin mining”. This analogy is derived from the process of gold mining but a better term would be “bitcoin bookkeeping”, as these bitcoin miners maintain the ledgers of the bitcoin network. In this bookkeeping process, the miners collect the payments from the bitcoin users and combine them into a “block”. To add this block to the bitcoin blockchain (the history of all bitcoin transactions), the miners have to perform a lot of calculations. These calculations are comparable to a sudoku puzzle, in which it’s hard to solve the puzzle but very easy to verify whether the puzzle was solved correctly. As electricity is necessary to do these calculations, miners are rewarded with bitcoin. This way (approximately) every ten minutes, new bitcoin is brought into existence.

The volatility of bitcoin

Bitcoin is arguably the only cryptocurrency that is not controlled by anyone, which is a very strong feature. This also means that its price can only be determined by market demand and supply. In traditional currencies (euro, dollar, etc.), each respective central bank aims to stabilize its currency as much as possible, which nobody has the power to do in bitcoin. Consequently, the price of one bitcoin strongly fluctuates with market demand.

If you invest all your investable money at once, you only pick a single moment and thus have to be “lucky” to have chosen the right moment. Another investment method is to spread out your €1000 investment over a longer period of time, such as €20 per week or €80 per month. This is exactly the reason why bittr was built so that you can save your own bitcoin in the easiest, cheapest and fastest way possible. So why don’t you start today? However, before you invest any money, make sure to invest your time first so you understand what you're investing in!

Do you have any questions? Reach out to us at hello@getbittr.com! 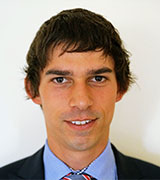 Ruben is the founder of Bittr. He is a passionate Bitcoin advocate since 2013 and while obtaining his MSc in Digital Currency at the University of Nicosia, he embarked on a journey to build the easiest possible way to save bitcoin.

Quote of the day